We all have our favourite superhero. They are all colourful characters, they are all motivated by truth and justice. They all have failings or a secret which is exploited by their enemies. Above all they are all fictional. I know this and, for me, it is a matter of which one is the most realistic and more believable.

For me there is only one truly believable Hero and here he is. In my opinion most of the others are manufactured or receive their powers accidentally. In the case of Superman he isn’t even from Earth and strikes me as a bit too much of a do-gooder. This is not about who is strongest or best. For me it is a question of suspension of disbelief. Could you believe that this character COULD be real? We have all seen films which are so far fetched that you cannot believe it could ever happen in reality. It is the same with heroes. The two front runners as far as beleivability is concerned are Iron man or Batman. I tend to discount the former because he is just a rich kid who happens to have invented a flying suit bristling with weaponry and technology.

I like the ‘Watchmen’ film, being a fan of film noir and these people are quite believable, all of them being flawed and human characters. Watchmen has the added attraction that it is designed for an adult audience and contains sexual themes. You don’t get that with Batman.

There are many other minor films and characters which strike me as realistic and I may come back to lesser known characters later. There are many films which speak of the human condition much better than the Hollywood Superhero flick. For now, though, I will stick to characters in mainstream media (Film, Games and T.V.) and the more popular heroes.

So why Batman? Peter Parker is very human. Why not him? Well I know a bit about science in the real world and am always complaining about those who spout pseudoscience as if it were plain fact. I just can’t buy a story line that involves a radioactive spider bite being able to overwrite D.N.A. enough to take the human to another level in evolutionary terms. It’s the same for the Fantastic four. The X-men are a distinct possibility for the future, evolution must lead somewhere after all. Having said that the type of mutants strike me as too varied and used mainly as plot devices. Evolution makes small changes over time. You are not born with a fully functioning pair of wings or a chameleon like ability to adapt to any environment.

So let’s get to the evidence. Here is the first of the Batmen I was familiar with. He is seen here with sidekick Robin. 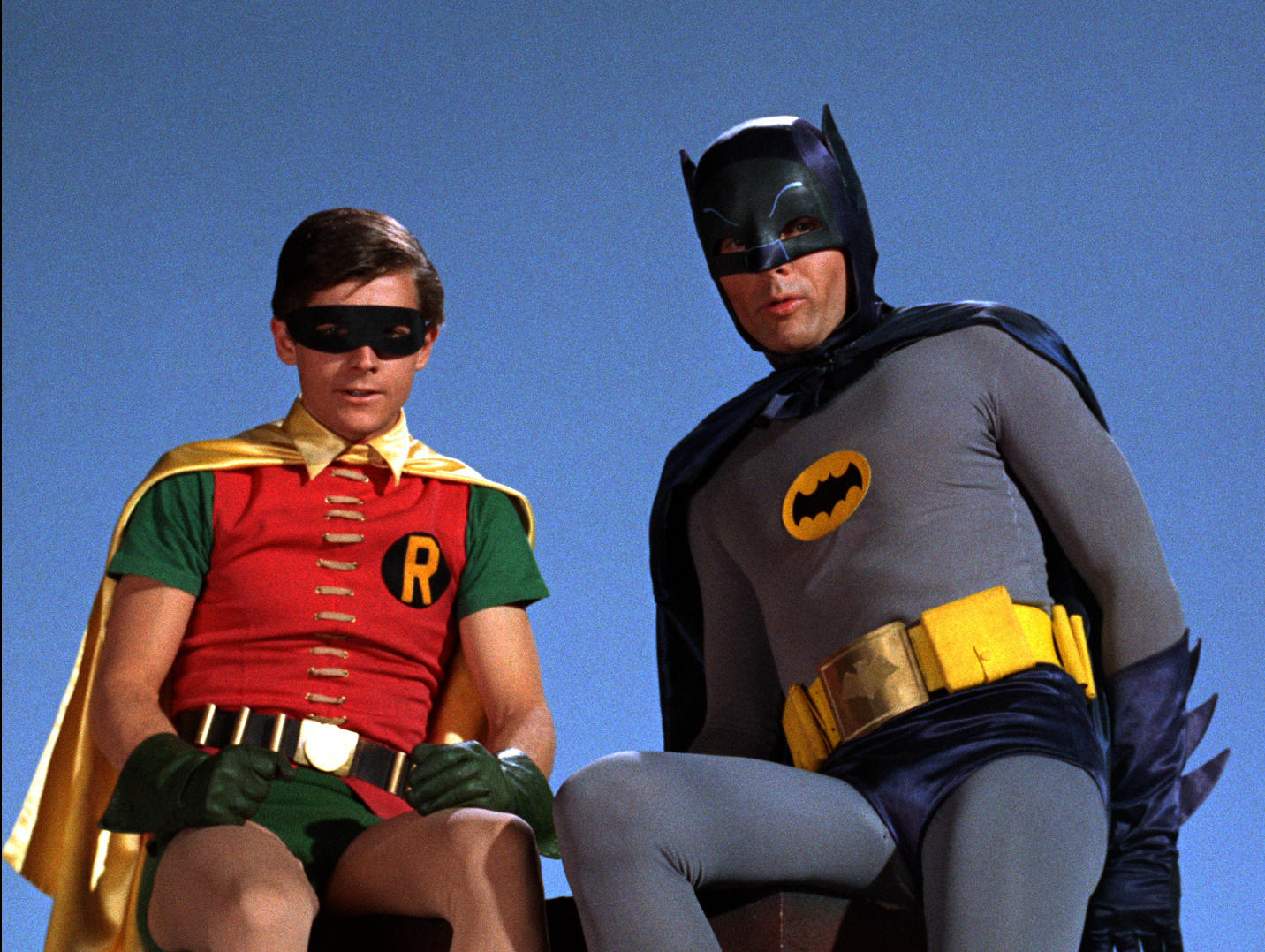 It was gloriously camp, though I was a child and didn’t understand that concept. I have since realized that it was full of homo-erotic overtones too. To me, though, it was just fun and the visual onomatopoeia during fights was cool. We would all be playing Batman in the school playground next day. The Batmobile was a good marketing ploy and I had a toy version of it.

Still this seems to argue against my premise. it was complete nonsense but bear with me. Next came a series of films in the 80’s and 90’s. 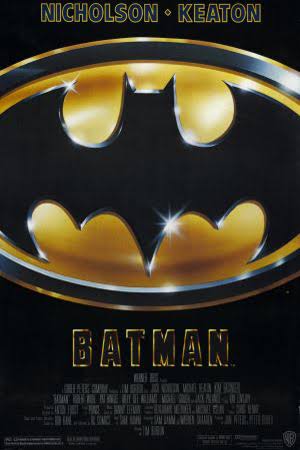 Various actors and directors put their slant on the original characters. Some were just an excuse to sell toys to the kiddies. Some had merit but many still owed their allegiance to the camp 60’s Batman and were similar in style. They maintained my interest in the character. The villains were a little weird but that was expected. Any Batman outing can take villains from the Batman palette and mix them up in different combinations. If you were familiar with the main baddies it made a kind of sense, Whether the villains are realistic is another story. The fact remains that Batman was being upgraded gradually into his next incarnation and it came with ‘Batman Begins’ trilogy. This was when the ‘Caped crusader’ became the ‘Dark Knight’ The main Character was realistic, the special effects were not over the top and the camp element was gone. More importantly it gave us more backstory than the death of Bruce Wayne’s parent’s.

This Batman was, throughout the films, a hero and a villain, feted and vilified in turn by the public. This was also one of the first portrayals of Gotham city as the cesspit of corruption and violence which created Batman. Gotham, Arkham and so on are characters too. The technology had been developing over the years and many things which were used by the Bat were also more in line with modern tech. The Bat had Armour which could stop bullets, and that was a real technology. I know it was exaggerated but it was believable. The original Bat costume was never designed as Armour but it was necessary that Batman was protected as time and the use of weapons went on. Even so we weren’t quite up to ‘Dark Knight’ standards. Incidentally I am still playing ‘Batman begins’ on PS2 and it comes across as very primitive by today’s standards. In order to see my point we must move on though. I have played all three Arkham games on the xbox360 and if I can lay my greedy little hands on an Xbox one or PS4 I will play Arkham Knight too. This, for me, was the realization of the totally believable ‘dark Knight’. He was flawed emotionally, his motives were not always transparent and he was, above all, a human being. The villains were over the top but they, too were human and their motives were not always totally evil. You understood that Gotham created them too.

The technology was a little over the top but, knowing the direction things were going, not overly so. Batman still rejects guns as weapons, preferring misdirection and sheer physical force. Speaking as someone who feels guns are too prevalent today, I agree with that completely. The modern internet and Wi-Fi also make his ability to communicate with Alfred and to hack various computers seem much more real. You could believe that someone, motivated by deep buried grief, could train himself to the peak of physical perfection and take on vast groups of enemies.

The emphasis is always on using the fear of the Bat as an extra weapon, picking the bad guys off one by one till the rest are quaking with fear.. I think the armoured suit would be unable to deal with machine rifles but that is the only thing that doesn’t ring true. So we have the ultimate Batman and, when I am playing it feels real. You feel he is doing good against impossible odds but that he is also attempting to fight the City and it’s all too real politicians and bureaucrats. He fights corrupt GCPD cops and Joker’s goons with equal ferocity. It all feels believable to me and that’s what counts.

Interestingly, FOX TV are now airing ‘Gotham’ a prequel to the Batman story. It features all the main Characters and how they are developing. Presumably the end of the series will be when Batman is revealed. I find it hard to see how they will turn this boy into Batman. He seems way too wimpy.

If they do manage it I think that the grieving boy could quite easily turn into the Batman of the Arkham games.