This post does make brief and mild mentions of sexual themes, drugs and violence in films. Parental guidance is advised.

The recent referendum in the UK was about whether to stay in an organisation which attempted to unite Europe. It was seen as an attempt to join together a continent ravaged by two world wars. In that it succeeded but has now emerged as an attempt at a Utopian society, drawing in the likes of Turkey. I think they have global ambitions. I also think they will fail in creating the Utopian ideal not least because too many countries are too far apart historically, politically and in terms of the levels of crime and corruption. Many still harbour warlike tendencies even within the existing EU.

However this is not the place for politics but the situation did make me think about society and where we see ourselves in the future. Film TV and games seem to have given us some answers. If the ideal situation was a peaceful, crime free and orderly sort of place then there are few examples.

The various Star Trek series offer the best example. They are set on various vehicles, capable of travelling vast distances in space, with a mission to explore new planets and their life forms. They also they have a military function which tells you that humans have low expectations of any alien races we may meet. The military aspect was necessary for entertainment purposes. It would be boring indeed to meet a race, shake hands and then leave. Some action was required but generally there was no sign of financial problems or crime among the populace. In fact money was hardly mentioned as a factor in society. It seemed all citizens had everything they needed and were happy with life. In Star Trek First Contact Captain Picard explains the reason. People work in the 24th century, he explains pompously, to better themselves and mankind, not for gain. In return society provides for their day to day needs, free travel via transporters and anything else they need via the machines which can create more or less anything from the atoms of their refuse. Utopia indeed. 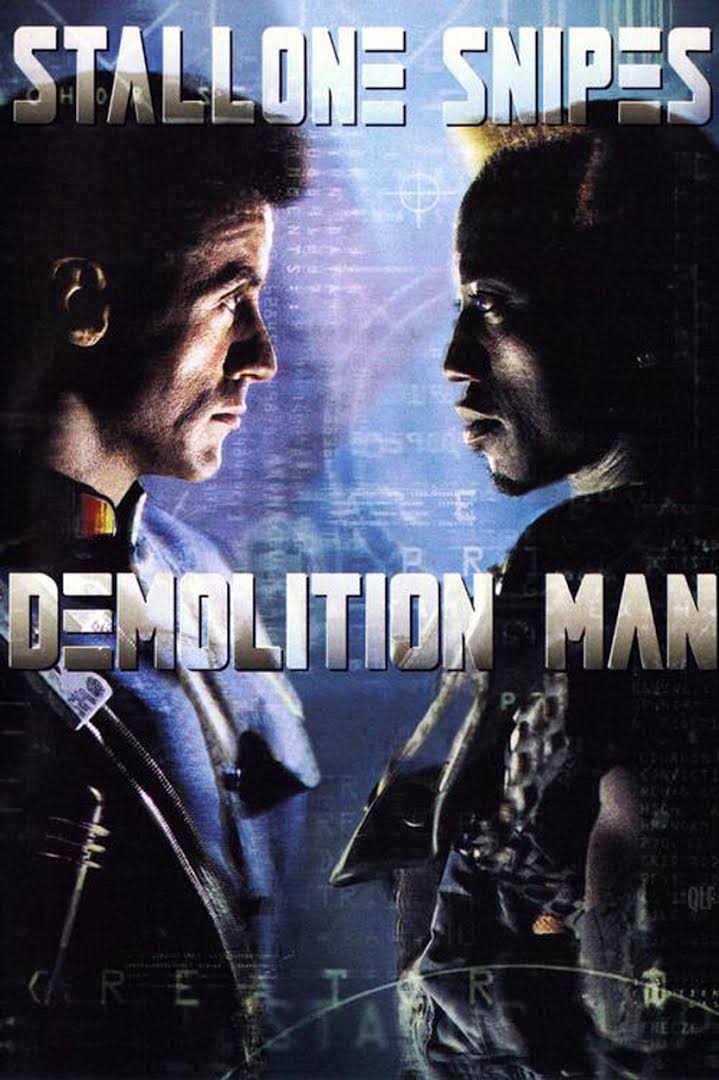 The only other example I know of is in the film Demolition Man. It explores the possibility that a peaceful and happy society has been created but via a benevolent dictatorship. All are provided for, those feeling depressed are cheered by machines, sort of mechanical psychiatrists, and largely there is no discontent. However a small faction feel they should have the right to reject this perfection and celebrate those things which, while self-destructive, are part of human nature. Along comes Wesley Snipes, who has been cryogenically frozen for multiple murders but released by the creator of this ideal world to deal with the dissidents. He proves too violent, killing the dictator and many citizens and releasing his henchman to take over. Happily Sly Stallone (The titular character.) was wrongly convicted of Murder, despite the fact he did kill hundreds to get to said Snipes. They end up in blocks of ice together.

The populace and police of the new society have no idea how to deal with death and mayhem so they come up with the great idea of releasing Stallone’s character too. Much violence ensues and the new order, now deemed to be too perfect, is overthrown. Stallone kisses the girl, sex having previously been mechanised too, and mankind realises that we hate perfection.

Curiously this is mentioned in ‘The Matrix’ too. Agent Smith states that the Matrix had to be re-designed because it was too perfect and the humans kept rejecting it. Seems us humans love our ability to be idiots and protect that right to the bitter end.

As for Dystopian societies, there are plenty of those. The most famous is probably encapsulated in the fictional city of Gotham. It’s protector is a man with serious issues and a bat costume, it’s police and government is corrupt and it’s citizens live in permanent fear. it even looks, as portrayed in games, films and TV, dismal and depressing. Even it’s major criminals are either totally mad or on some drug which makes them into a killing machine. The city is about as dysfunctional as it gets with crime on every corner. Drug running is commonplace. The corruption reaches to the highest levels. It is obviously based on New York which is slightly worrying in itself.

The earliest of these societies I have come across is in the 1927 Fritz Laing film Metropolis. 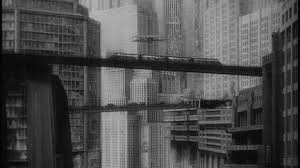 It is about a city with an underclass of workers, the factory owners are the upper class and religion keeps the workers in check. It is a dismal place, lines of workers trudging to work and back, routine is everything. Among all this is a man creating a robot which will, eventually, become indistinguishable from humans. It is a long film with a romance running through the plot. The story really is too complex to describe here AND keep the readers interest. I only managed to sit through it once. The city, though, is well portrayed and the sense of misery felt by the workers comes across clearly. This was echoed in the book and film ‘1984’ which portrayed a society geared to keeping control over the populace by brainwashing them until they will defend their oppressors to the death and hate anyone on command. The ultimate test of this is that they profess to love ‘Big Brother’ a non existent dictator.

For a society that is dysfunctional and proud of it we only have to look at ‘GTA’ and ‘Saints Row’ These are sandbox games where fast cars, weapons and fast women are the norm. You can kill, assault, rob, and destroy. Skimpily clad women are either allies or ladies of a certain profession. You can steal any vehicle and take it on a tour of the city, destroying property. Some side missions require you to achieve points by destroying things. The city is plainly a bad, bad place but the games are aimed at those who wish to let off steam while seated on the sofa. It is the experience of being a young hood in a gang without all the hassle of actually leaving the house.

Back to serious stuff again, we come to the film ‘Blade runner’ based on the excellent Philip K Dick book ‘Do androids dream of electric sheep?’ The story here is unimportant. It is the city that I am concerned with. It is obviously seen as the end result of our capitalist society. For some reason it is constantly raining (Global warming?), and the vehicles and buildings are covered with electronic advertising, both still and filmed. You can’t get away from it. The usual themes of corruption and crime are there but it is clear that the whole city is designed so you are never more than a few seconds away from an advertisement. It’s rather like the net in that regard. You should watch it for the story, which is intelligent and absorbing, but keep an eye on the background. It is truly a depressing place designed for one reason, to sell.

I could go on, there are more examples (Dredd’s mega cities, the New York of the superheroes.) but I think the point is made. there cannot be a Utopia until we all want exactly the same thing from life. There will always be criminals and ne’er do wells, it is part of society. Some nations will always be warlike. Many like me are proud of their country and it’s history and guard this history jealously. In a capitalist society, advertising is all around us and the city of ‘Blade runner’ is believable.

That these fictional futures are so violent and depressing says a lot about our view of ourselves as a society. We cannot see a time where the Star Trek society could happen, and if it did would we become less than we are, life being spoon fed to us by others or even machines. Do we need to express the violence and negative emotions? We are evolved animals but we have territorial instincts. I am a relatively peaceful and calm person but when I get angry it feels good to let it all out (Usually during a boss fight!!!). Perhaps that need is built in to us. If we do have to have a dystopian future though, can it be one without advertising, I hate advertising?