I have been playing Dark souls 3 for a short while now and must admit to some confusion. The beautiful graphics are there, the ferocious enemies are there and there are also the weaker enemies who turn out to have devastating attacks just when you get confident. The bosses look  impressive but that is one thing confusing me. Once you get an idea of a strategy that works they are quite easy. In DS 1 and 2 the bosses were a nightmare. You could bet on about 30 or 40 attempts minimum. I beat the second DS3 boss first go! 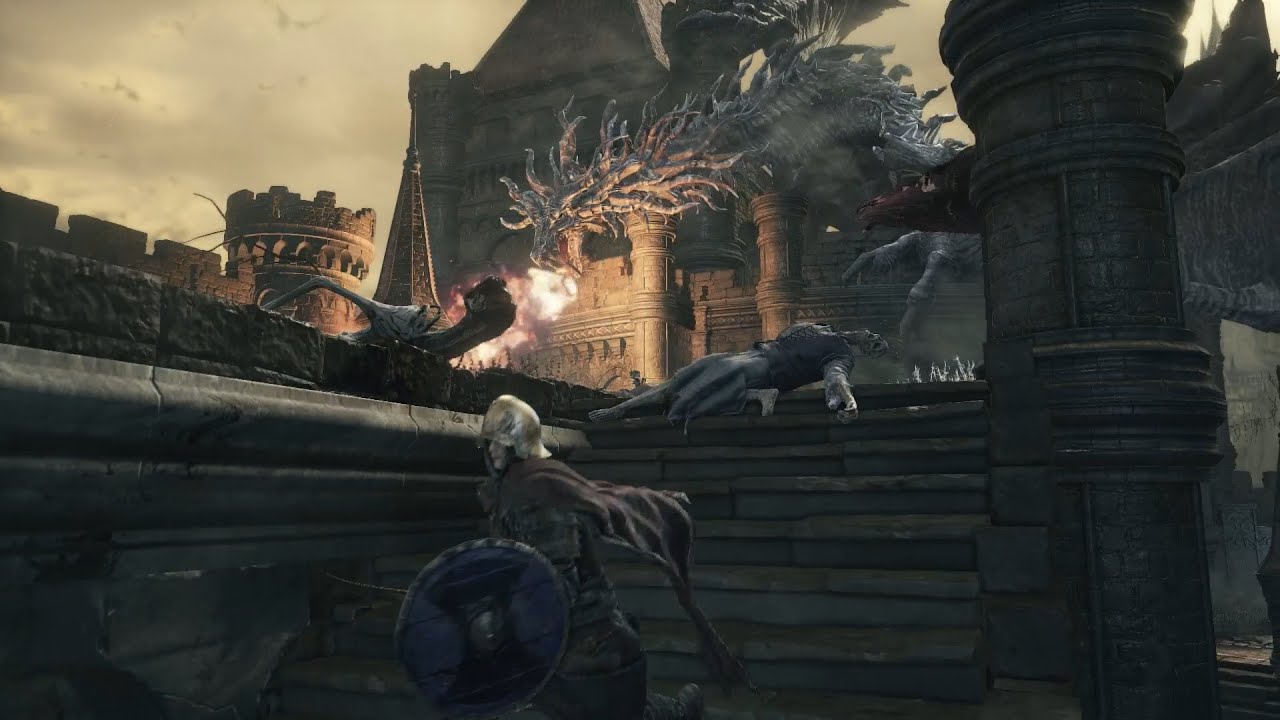 The idea of Soul Farming is central to DS1, the enemies all re-spawn when you sit at a bonfire allowing you to fight from one fire to the next and then do it again and again till you level up enough to deal with the next boss. DS2 didn’t have this as such and I gave up because levelling up in this way was impossible and the next boss proved almost impossible.

The boss of the area I am currently traversing in the third title is not quite so easy but I have got very close to it on my 4th or 5th attempt. In short, though I have got to the level of pleasant annoyance that I had with DS1 but only briefly. 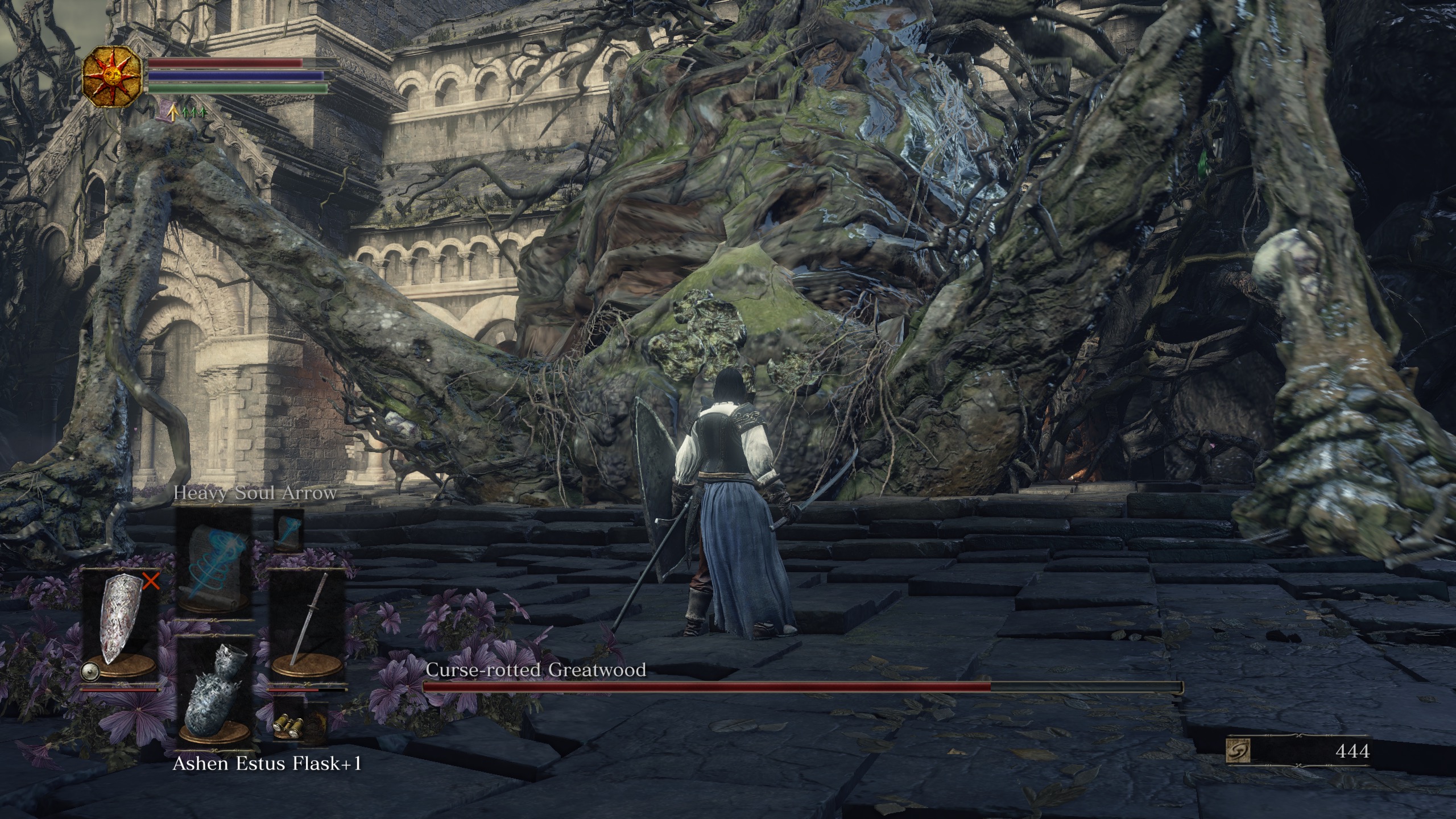 Maybe the reason is that I have had my eyesight restored since DS1/2 thus improving my ability to differentiate details but then I compensated for that with glasses and sitting about 2″ from the TV. I have also gained a lot of experience with the two previous titles so that helps.

The whole feel of the latest in the franchise is more open world. Soul farming was always very linear whereas each area in DS3 allows various places to be used for the purpose. There are certain areas with an overlooking cliff or balcony so you can take out enemies with ranged weapons in relative safety. In two early areas it is possible to get 1 enemy to take out 15 or 20 others for you, one even offers complete safety while you do so.

Dark Souls was never a true RPG, for me, in the sense that Witcher 3 was. There are lots of weapons and objects to help you. There is limited co-op and PvP but they are part of the game rather than a separate thing. Quests are almost non existent in the sense that they are just a means of getting an object or weapon. Soul farming is also a lot easier, so weapons are easier to get hold of. They are also easier to improve.

And therein is the problem. Leveling up is easy. One NPC offers free level ups. Using soul farming, as I fully expected to have to do, means my XP bar is three times as long as that in the picture and I am only in the third area. Most of my ‘Deaths’ are due to overconfidence.

I may have given the impression I don’t like this game, I do. I enjoyed DS1 and 2 though lack of soul farming let it down. I enjoyed the challenge and soul farming fed my OCD/hunter gatherer mentality. This game IS Dark Souls but, at least so far, much easier on the player. Maybe it is just lulling me into a false sense of security. I hope so cos I enjoyed screaming at the screen in the last two outings.

As this is the first title on the XBOX one (And the last for the Dark Souls franchise!) the game seems much bigger. I understand that Dark Souls 1 is coming to the Xbox one world and, if you haven’t experienced it, I urge you to try. Buying new versions of DS3 gives you a redeem code for DS1 but I haven’t got it to work yet. Anyway if you like DS1 you will like 3. If you are looking for a RPG in the Witcher sense of the word this isn’t it. But there again the beautiful graphics and almost constant combat might appeal as they did to me. Both have a place in the world of RPG gaming.