Beauty and the Beast is a Disney classic beloved by millions, including myself. I always identified with the quirky Belle and her love of books. It had been many years since I sat down and watched the movie in its entirety, but recently, it has replaced Frozen in my home. Thus, I now watch it on a daily basis, and, predictably, I have taken issue with some key details of the film.

The opening sequence of Beauty and the Beast provides viewers with the Beast’s tragic backstory: one dark and stormy night, a gnarly old woman shows up at this prince’s castle in need of accommodations for the evening. Oh, and she doesn’t have any money, but she does offer a beautiful rose as payment. The prince explains that he’s not running a Motel 6, and tells her to be on her way. For this reason, she curses his castle, all of its inhabitants, and turns him into a buffalo/wolverine hybrid. He has until his 21st birthday to sort out his shit, otherwise he’s doomed to an eternity of beastdom.

I have some problems with this. First off, if this lady showed up at my house, I’d tell her the same damn thing. What makes this all even more startling is that our prince is a mere eleven years old at the time of the incident. That’s right, I did the math. The rose is already wilting, so we know that the prince is or is fast approaching the big 2-1. Moreover, in “Be Our Guest,” Lumiere laments that “10 years we’ve been rusting / Needing so much more than dusting.” I’m surprised that woman didn’t ask him to come try the candy in her van, or request that he help her find a lost puppy.

What kind of eleven year old looks like this?!

So, an eleven year old with absentee parents refuses to let a questionable stranger into his palace, and he is punished for the next 10 years. This maybe isn’t the best message to be sending our children. In fact, this sounds more like an episode of “To Catch a Predator” gone terribly awry. 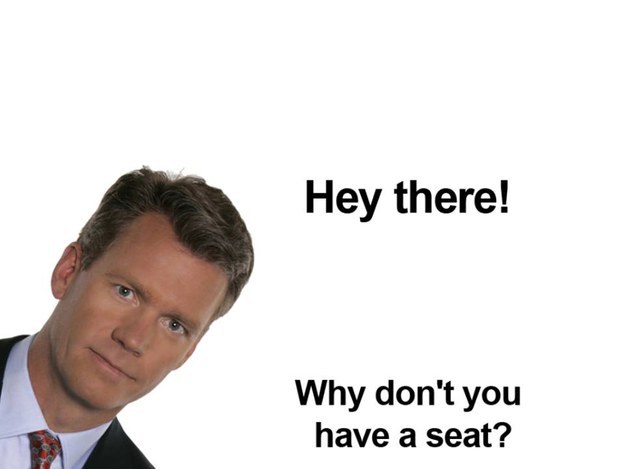 There is one more thing that drives me nuts every time I watch this movie – what the heck is this guy’s name? They had to call him something before the transformation. There’s always the possibility that his birth name actually was “Beast,” but that seems unlikely. And how is Belle supposed to address him after he is a man again? Moreover, why didn’t he just keep going by his actual name? Maybe because Beauty and Ned didn’t have the same ring to it.

Let’s move on to the problem of Belle herself. I am not entirely convinced that Belle is actually in love with good old Ned. Remember, the clock is ticking, and the castle staff is desperate to return to human form. They point to various instances of budding romance throughout the film, but these moments can all be explained by the simple fact that Belle has placed Ned in the friendzone. Sure, sure – some people claim that her actions reflect Stockholm Syndrome, but I totally disagree.

Belle never acts seriously threatened. Yeah, she’s scared when she first sees him in his entirety, but that’s more surprise than anything. She gives a similar reaction when her wardrobe first strikes up a conversation with her. From the very start, she is pissed at Ned from imprisoning her sick old father, so for much of the film, she treats him with outright disrespect. He is an asshole and completely deserves it, but she’s not exactly helping the situation. This all changes, however, when he gives her a library. And not just any library, but basically the biggest library ever. As a fellow bibliophile, I totally get her reaction – the girl just loves books. And to keep those books, it’s in her best interest to act as if she at least likes Ned. She really should have confirmed that these were some legit books, though. Who knows – maybe she just accepted a room full of encyclopedias and Dean Koontz novels. Regardless, Ned interprets Belle’s response as genuine affection, and the household knickknacks immediately jump to the conclusion that love is in the air.

“Please love me – have a library! I hope you like Dean Koontz…”

This is the turning point in which Belle starts treating Ned like a good drinking buddy instead of a mortal enemy. They can chow down on some oatmeal together and have a fancy dance party, but the romantic attraction is not mutual. She says, “I love you” once he’s dead, but it still doesn’t feel like romantic love, more like someone would say while mourning a dead pet – an anthropomorphized pet wolverine/buffalo. I wouldn’t mind getting myself one of those, as long as it would gift me with a library. What I really don’t get is how she’s suddenly all over him once he resurrects from the dead into a nasty-looking durp. 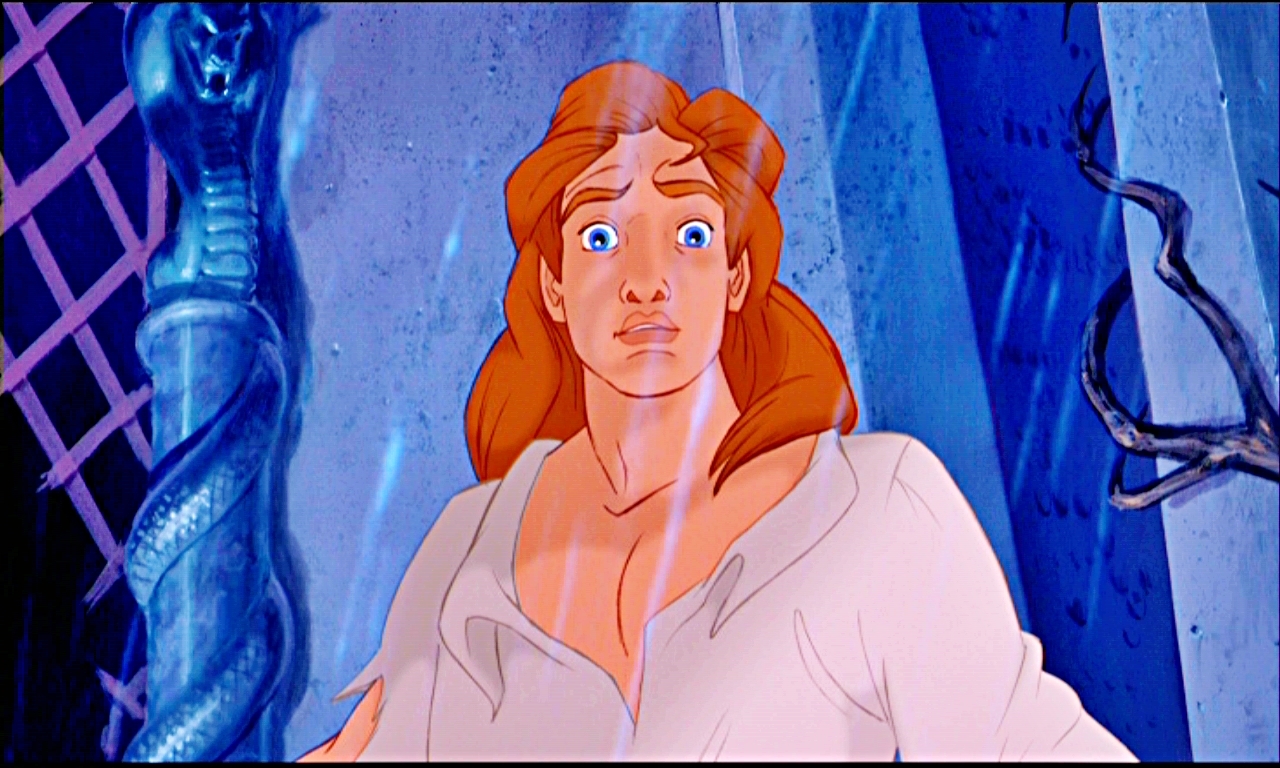 Uhhhh? Beast Ned is totally preferable to this durp.

Seriously – he’s the durpiest looking Disney man since Prince Charming. Ned looks wayyyyyyy better as a snuggly beast. But now he’s back to being a man, the castle is magically cleaned, and it seems all of his wealth and glory have been restored, and Belle is suddenly all in. I aint sayin’ she’s a gold-digger…

So Ned has unresolved anger issues, Belle is in it for the money (or at the very least, the books), and we are to believe that these two are a match made in heaven. Moreover, we are to believe that Gaston is the bad guy here. All things considered, he no longer comes across as such a villain. I’d say he’s at least comparable to Ned in terms of human decency. I know what you’re thinking, but hear me out. We know Beast’s backstory – this guy was damned for adhering to stranger danger rules all while in the complete absence of parental supervision. This allows us to understand why he has become an angry, unstable monster man. Conversely, we don’t know anything about Gaston’s personal history. He enjoys hunting, beer, and is “especially good at expectorating.” This could be practically any male in Western Pennsylvania, and believe me, none of that is frowned upon here. 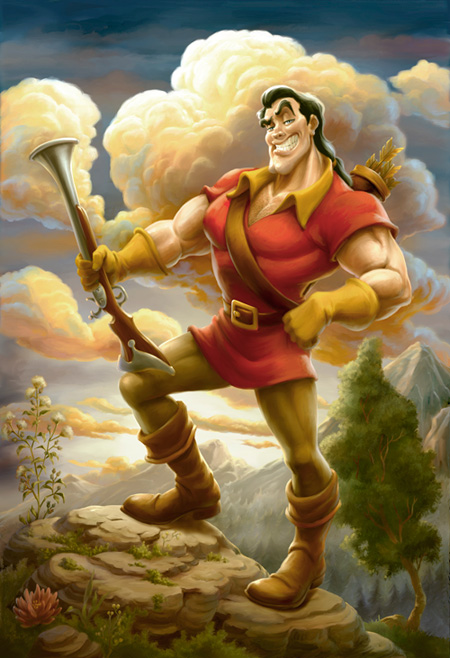 So he’s a little bigoted, but he’s absolutely a product of his times. 1700s France wasn’t exactly a bastion of women’s liberation. Gaston’s views regarding Belle are shared by the whole town. After all, the entire opening sequence discusses what a travesty it is that an otherwise beautiful girl is marred by an interest in books. The fact that Belle enjoys reading is such a scandal that it merits a highly choreographed musical number. But one man does not care that she’s a little different, and that man is Monsieur Gaston. Isn’t he dreamy. Monsieur Gaston. Oh he’s so cute. Be still, my heart, I’m barely breathing. He’s such a tall, dark, smart and handsome brute. Did I mention how often I watch this movie anymore?

Gaston is never anything but upfront with his intentions. He wants to marry Belle and refuses to give up on that dream. While viewers are generally as offended as Belle is by his advances, this is typically viewed as an endearing cinematic trope. It practically constitutes an entire genre – you know, the one where a guy pursues an uninterested girl. It doesn’t always work out, but we always feel for the guy (500 Days of Summer,Eternal Sunshine of the Spotless Mind). So why don’t we offer Gaston the same level of admiration?

On the surface, Beauty and the Beast certainly seems like a wholesome family film, but repeated viewings reveal that there are some seriously problematic flaws. An abandoned child prince. A woman who unquestionably compromises her own values in return for possessions. A misunderstood expectorator. This is a sad and disturbing film, and I will probably end up watching it at least three more times today.

Previously published on danetrain.com on March 12, 2016

3 thoughts on “Beauty and the Beast – A Troublesome Viewing Experience”