Yes I am the proud owner of an XBOX One slim, and boy is it slim. Having had it a few days now I have got to know it slightly and am in a position to do a little review. Don’t expect all the techy details, they are available quite easily on the net. This is a look and feel review. I will assume that, like me, you would be upgrading from an XBOX360 or getting into consoles for the first time. If it is the latter I would imagine you wouldn’t worry about reviews because you would still be blown away.

So my old XBOX lingers in a corner prior to becoming the centre of a games/video/DVD room for the family and Grandchildren and pride of place goes to the brash young newcomer.

What is in the box?

I got this deal:- 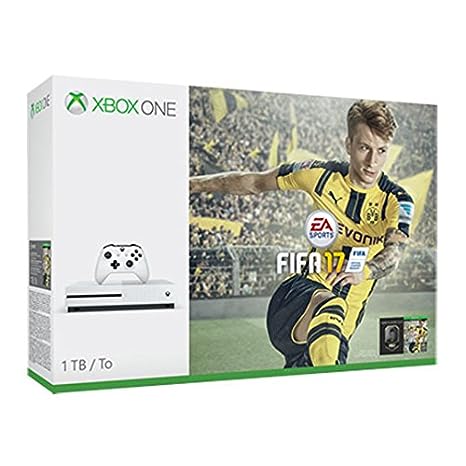 It came with a white XBOX slim with power cable (No Power brick-it’s all built in now!) and HDMI cable for the TV. You don’t need a network cable either. WIFI is also built in. The machine itself has a Blu-ray  player and has a 1TB hard drive (The standard deal is for a 500gb but more on this later.). There are ways to get the beast to control the TV but it’s a games machine, I already have a TV box. The controller is a new design which feels a little flimsy to me but Microsoft assure me is a lot more sturdy than the 360 controller. It has blue tooth for PC gaming but again this is a game console, you are probably going to get a proper PC controller if you have a games PC. The controller is functionally the same as the older ones and if you have had an XBOX it will be completely familiar. The design is the important bit. Microsoft know that these things are often thrown across the room so I trust they have taken this into account. 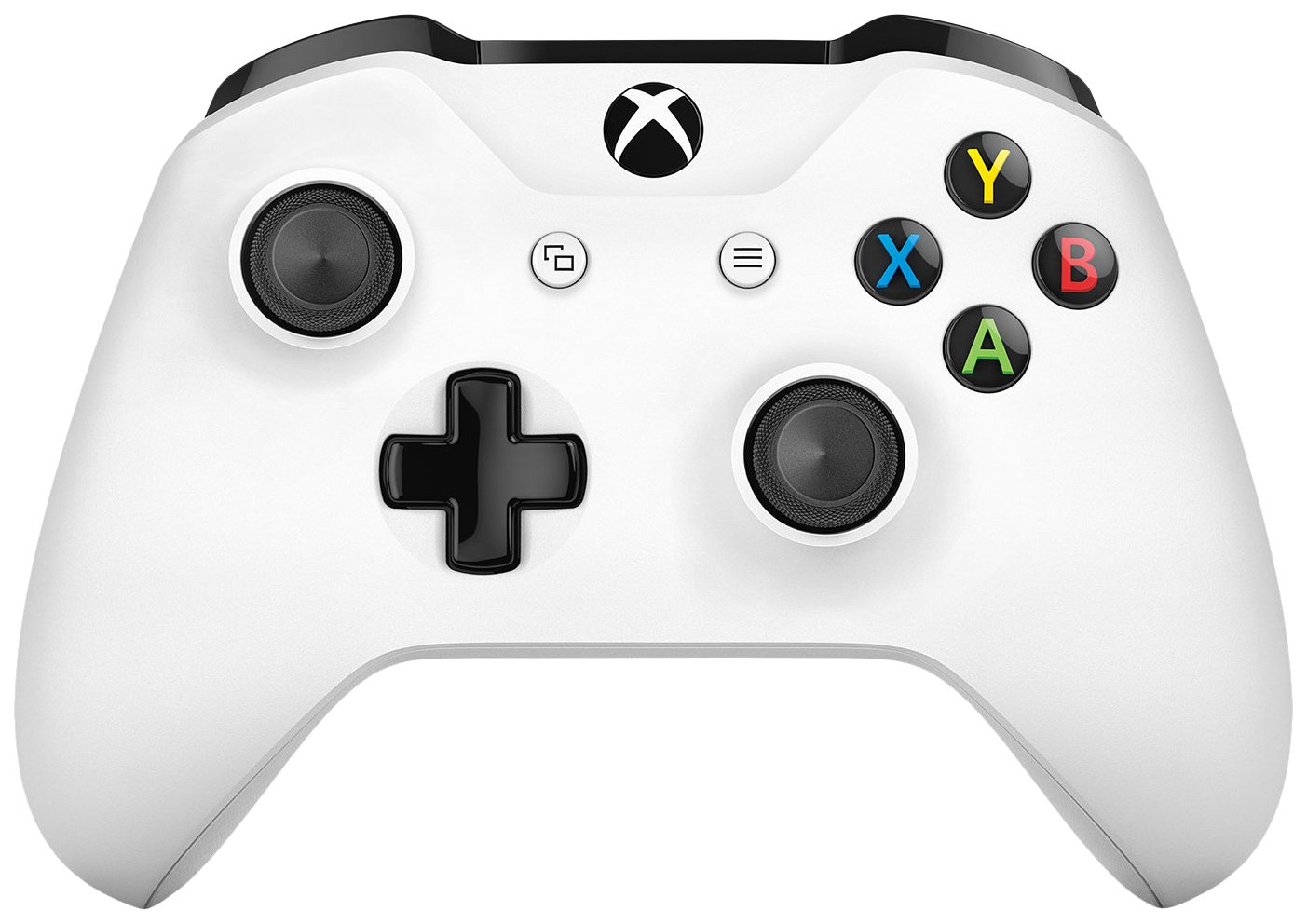 The machine has minimal connectors but does boast a USB connection in front. MS hope to push the streaming and TV capabilities so this is for a USB stick presumably. The on/off switch is manual unlike that of it’s bigger brother ridding users of the accidental switch-ons apparently caused by the old touch sensitive button on early XBOX One. The disc has a manual eject button too. If you are a techy you may need to know about the extra connectivity but if, like me, you wanted to plug it all in, fire it up and play then you really have no need to know.

Also contained in this offer were cards containing the necessary licence keys for 14 days of windows live, one month of access to EA (Who supply FIFA17.) servers and the CD key to download said game. I will give you an Idea of my first day with the beast.

Once I had got it all out, inserted the batteries in the controller and plugged the console in I finally switched on. I used the controller to do so as that is the usual way on the 360. There was an hour of setting up housework. This was to set up the wifi/network, Live and so on. It is all quite self-explanatory.

Eventually I finished it all and started on the downloading of various bits. First you should be aware that the new console insists you install games on the hard drive even if you buy on disc. Microsoft have very cleverly saved the second hand games market by ensuring that you can install games from disc but they cannot be played direct from the hard drive if you do. If you sell the disc the installed version is just taking up space. This also ensures that the downloading of games is preferable and profitable. The second hand game market will die eventually.

Also you will no doubt be able to see another downfall of this installation of any game you buy—space. I bought a 1TB version because the smaller one already loses much of it’s HD space to the operating system-something PC and smartphone users will understand. You are left with very little of the 500GB for games installations and saves. I have used 27% of my 1TB for 5 games, some downloadable content and the system. If I had bought the 500GB I would be well over halfway to filling the drive. The 500gb was £249 and the 1TB £299 so £50 extra for a whole extra 500GB is worth it.

I started by entering the licence keys for XBOX live gold and EA. That was quickly done. Then I did the same for the FIFA game, despite the fact that I hate Soccer. It’s free so why not? It began to download. I had also bought Assassin’s Creed Unity and Thief on disc. I inserted them one after the other and both began installing. Now the XBOX queues installs and does one at a time even from disc so each new install stopped the one before. Futhermore disc based games insist on updating too so I had two games queued and 1 downloading . Each is between 20-40GB and download is slow. Disc transfer is quicker at 50’ish MB/s but I had still been at it for a couple of hours and not even played 1 game. Like a fool I had looked at the free games that come with XBOX Gold and started to download two of those as well.

Despair set in, it had been 3 hours or more and not a second of gaming. Then AC Unity suddenly announced it was ready to start. This was when I found out that the machine decides after a while that it has enough of the game to begin to play. I played..and played….and played. The other downloads continued in the background and I was impressed that it didn’t slow the game down. The graphics of the game blew me away as did the sheer amount of onscreen activity, specially in the crowd scenes. The new console is 4k standard for TV only but upscales games too so I was extremely impressed. Having upgraded from the 360 it was a whole new world.

Eventually I found some downloadable content for free. I cannot resist free stuff so I grabbed it and this added to the download queue. The rest of the day passed in a haze but I only got to play 1 other game. The rest were hovering at about 20-30% installed. The speed depends on connection and the servers you are downloading from. Most internet companies throttle you back at times of high demand so in the evening the downloads slowed to a crawl (Sometimes as low as 500 Kilobytes/s.) and my wife was showing signs of extreme boredom. My games sessions usually only last 2-3 hours due to health issues and I was tired of watching the downloads screen. I reluctantly switched off. I had done enough to know that this was well worth the money. The games were better, there was more to do, sound and pictures were so much clearer and I was glad that I had bought it.

The rest of the downloads took a couple of days but, though that sounds bad, I was downloading 5 games and DLC. Normally you would only download or install 1 game at a time so I guess it would be about 2 hours per game and you could play after about 30% was downloaded. Guess you have to compromise!

One sour note, the FIFA game supplied free eventually downloaded and I tried to play but was told that I couldn’t. Having pre-ordered the console it turned out the game was a pre-order too and wasn’t available till the 29th

So all in all I wasn’t expecting to be downloading so much but it was worth the frustration. The games and graphics are so much better and there is more content. If you can afford it-do it you will not regret it.